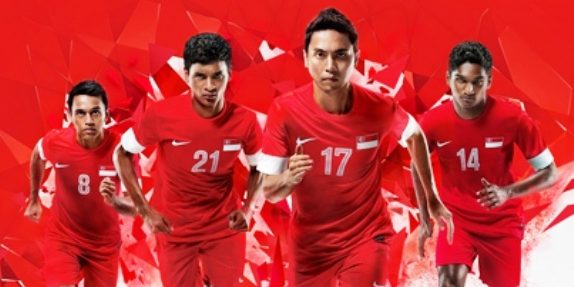 SINGAPORE (10 Oct 2013) – Singapore snapped a three-match losing streak to edge Laos 1-0 in a friendly that was played tonight at the Jalan Besar Stadium.

The ASEAN champions scored their only goal of the game through striker Khairul Amri early in the second minute for the win.

In the meantime, Thailand beat Bahrain in a friendly tonight in Manama, with the only goal coming in the 51st minute off Chatree Chimtale.

Thailand will take on Iran in their next match of the 2015 Asian Cup qualifiers.

Yesterday, Vietnam staged a fabulous fight back to beat Qatar 2-1 in a friendly that was played in Doha last night. The hosts had opened the scoring early in the 14th minute through Mohamed El Sayed.

But the visitors fought back when Vietnamese striker Trong Hoang slammed in the equaliser in the 29th minute before scoring what turned out to be the winner with just two minutes left of the first half.

Qatar tried hard after the restart to find the equaliser but Vietnam had keeper Thanh Binh to thank for making sure the score line remained all the way to the end.

Vietnamese will play another friendly against Al Arabi FC tomorrow before flying to Uzbekistan for their next game in the 2015 Asian Cup qualifying tie.

On the other hand, Malaysia conceded a 3-1 loss to United Arab Emirates in a friendly that was played in Shenzen, China.