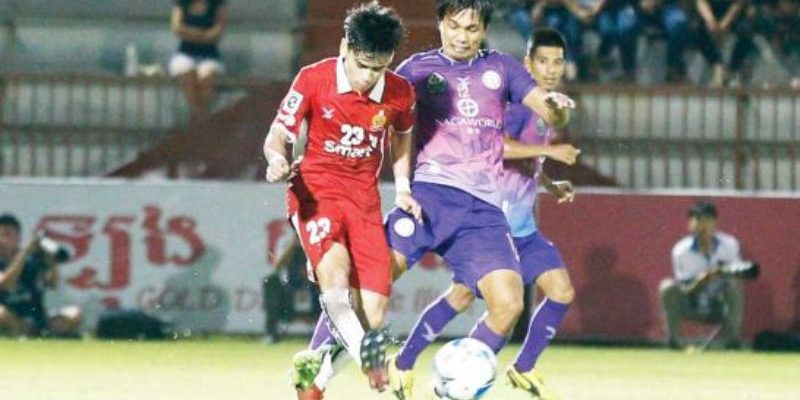 PHNOM PENH (18 October 2017) – Metfone C-League leaders Preah Khan Reach fell to their only second loss of the season when they conceded a 2-0 loss to defending champions Boeung Ket – courtesy of a brace from Brazilian import Maycon Calijuri.

The rain affected play somewhat with both teams struggling to find the lead up until the second half when Calijuri nailed the opener in the 67th minute before doubling the advantage not too long afterwards.

The win allowed a resurgent Boeung Ket to close in within two points of PKR and joint second with NagaWorld, who this week drew with Phnom Penh Crown 1-1 at the RSN Stadium.

Rwandan Autheire Kipson gave Naga the lead after just 14 minutes as Phnom Penh fought back with the equaliser off Keo Sokngon eight minutes to the end.

Elsewhere, Ministry of National Defence got back to winning ways with a 2-1 win over Cambodian Tiger at the Old Stadium.