KL2017: Thais too strong for Philippines 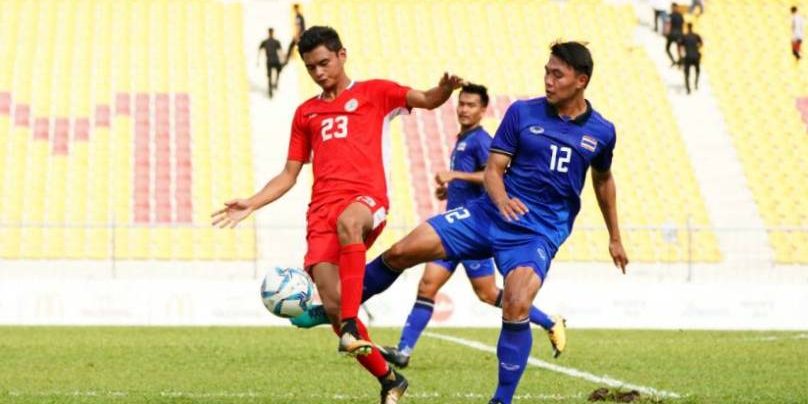 KUALA LUMPUR (22 August 2017) – Thailand proved too strong for Philippines after sinking the latter 2-0 at the Selayang Municipal Council Stadium tonight.
It was a shaky start for the Thais in the first 25 minutes when a leaky backline saw Philippines striker Javier Augustine charging in but the shot, however, came off the post.
Three minutes after that wake up call, the Thais drew first blood when midfielder Montree Promsawat saw an opening for a fabulous diving header.
At the stroke of half time, striker Sittichok Kannoo strengthened their lead after placing a well taken shot into goal.
After the break, Worrawoot Srimaka’s charges went into defensive mode to hold on the lead as they maintained possession to fend off the Philippines.
With the win, the Thais have taken over the lead although temporarily in Group B with 10 points – one ahead of Vietnam who will play third placed Indonesia at the same venue for the semi-final spot.