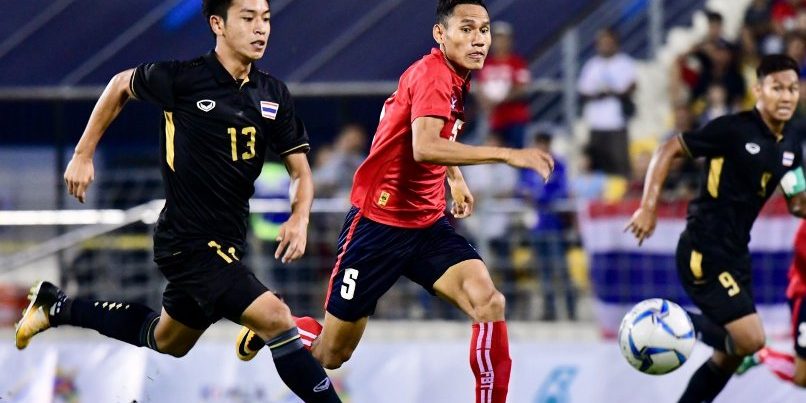 KUALA LUMPUR (20 August 2017) – THAILAND put up compact display to overcome Cambodia 3-0 which puts them on equal terms with Indonesia in Group B of the SEA Games football competition.

Cambodia had put up a brave front against the defending champions as they held the Thais at bay in the first 35 minutes in the match held at the  Selayang Stadium on Sunday (Aug 20).

But the walls caved in when the Thai striker Picha Au-Tra slammed in a loose clearence by Cambodian midfielder Chreng Polroth in the 35th minute.

In 45th minute, both sides were down to 10 men after referee Nagvenkar Tenas had shown the red to two players – Thai midfielder Chaiyawat Buran and Cambodia striker Sok Samnang – after a heated argument.

It was a busy night for Cambodian goalkeeper Um Serei Rath when Thailand turned on the heat and fired from all cylinders to keep the Cambodians camping at their own side in the second half.

The Thais then strengthened their lead when striker Nattawut Sombatyotha converted in the 76th and 87th minutes.

Thailand currently share the spoils with Indonesia placing second in Group B with seven point each and a levelled goal difference of four goals.