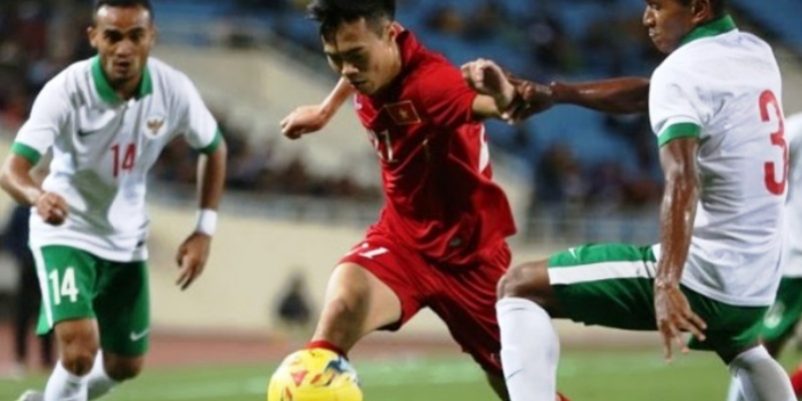 KUALA LUMPUR (23 August 2017) – Vietnam and Indonesia shared the spoils after a 0-0 draw in an action packed thriller at the Selayang Municipal Council Stadium last night.
With Vietnam unfazed by the large presence of the Indonesian fans, the 2015 silver medalists surged on with a fiery spirit blazing from all cylinders.
It was several nerve-wrecking moments for the Indonesians for much of the first half even though they managed to break through the Vietnam defensive barrier on several occassions.
Coached by the wily Nguyen Huu Thang, Vietnam held their grounds as they fended off the Indonesians while at the same time, made grounds at the centre of the park through influential winger Nguyen Van Toan.
But all thanks to a sturdy Indonesians fort, the scoreline was levelled 0-0 midway.
As tension builds in the second half, the going got tougher for Indonesia when they were down to 10 men after midfielder Hanif Abdurrauf Sjahbandi was shown a second yellow card in the 63rd minute.
Despite a marauding raid by Vietnam, Indonesia showed resilience to keep the scoreline intact.
In injury time, Vietnam had their best opportunity in front of the Indonesian goal, but it was just unfortunate that the crossbar denied their attempt after goalkeeper Satria Tama Hardiyanto had been beaten.
At the end of the drama, Vietnam remained at the top of the Group B standings with 10 points on a better goal difference. While Indonesia is still in contention in third with eight points.