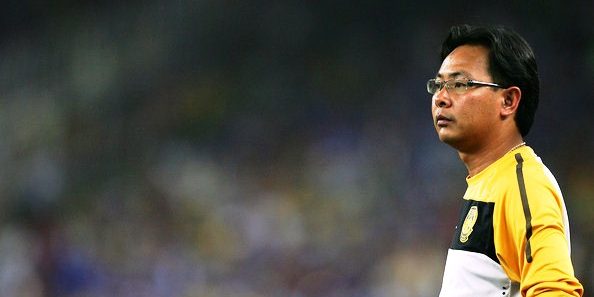 PETALING JAYA (9 Jan 2014) – Datuk Ong Kim Swee is still in charge of the Malaysia Under-23 or the Harimau Muda team.

At the same time too, Kim Swee has also been charged with keeping a close tab on the Harimau Muda B and C teams, so as to ensure that their programmes are in line with that of Harimau Muda.

“In the discussion with FAM yesterday, it was made known that I will also take temporary charge of the senior team until the appointment of a new national coach,” said Kim Swee.

The Harimau Muda team will be playing in the National Premier League (NPL) in Queensland, Australia from March to August this year.

Harimau Muda B (U21) will compete in Singapore’s S-League while Harimau Muda C (U19) will be playing in the FAM League before flying off to Slovakia.