Jedinak and Australia raring to go against China 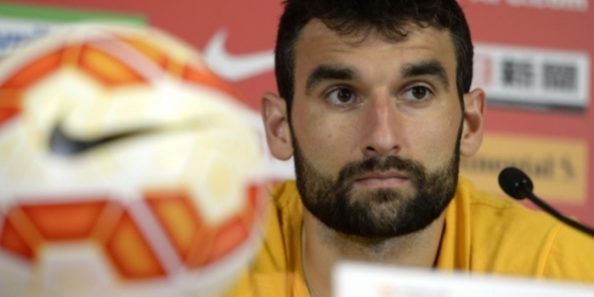 BRISBANE (22 Jan 2015) – Australia captain Mile Jedinak has made it clear that he will not be affected by his recent injury woes when the Socceroos take on China in the duo’s AFC Asian Cup quarter-final later today.

The Crystal Palace skipper twisted his left ankle in the opening match of the tournament with Kuwait and missed the Socceroos’ last two Group A games against Oman and Korea Republic. Australia beat Oman 4-0 but lost 1-0 to the Koreans, finishing second in the group.

On the eve of the China game at Brisbane Stadium, Jedinak said he was ready to return to the pitch, confident his fitness will get him and the team through the first hurdle of the knockout phase.

“If selected, I’ll be ready. That goes without saying,” said Jedinak to afc.com. “I had a couple of days getting over things and getting up to speed. Sitting out the last couple of games hasn’t been easy. But it’s given me a little (bit) of time to see what other ways I can help.

“Do I think I’ll be affected by a lack of game time the last couple of days? Probably not, but that’s just me. Am I confident? Of course I’m confident. I wouldn’t be up here if I weren’t.”

Coach Ange Postecoglou not only credited Jedinak for working hard to heal his injury, but also the rest of the squad for sticking together while their main man was sidelined.

“If the skipper gets through training, he’s available to play,” Postecoglou said, adding that Alex Wilkinson will start in place of suspended defender Matthew Spiranovic.

“It’s a credit to the players. If any other country had their captain missing, they would have made a bigger deal out of it. He’s our most influential player out there. Aside from that, we’ll have a look at our team after today’s session. From a coaching perspective, they’re all ready and putting their hand up wanting to be a part of it, which is great.”

China qualified for the second round from Group B with a perfect record, and Postecoglou does not think Alan Perrin’s men will be content to head into a shootout.

“I’m not expecting China to play for penalties,” he said. “They won their three games and I’d be feeling pretty confident about their chances if I were them. We’re expecting a tough opponent; I don’t think any coach plays for penalties because it comes with danger. We expect China will come out and play their game, negate our strengths and cause us some problems.

“We’ll be ready for anything – normal time, extra-time or penalties or whatever it is. There’s a game of football to be won and that will be our objective tomorrow (Thursday) night.”