JDT within sight of their sixth Super League title 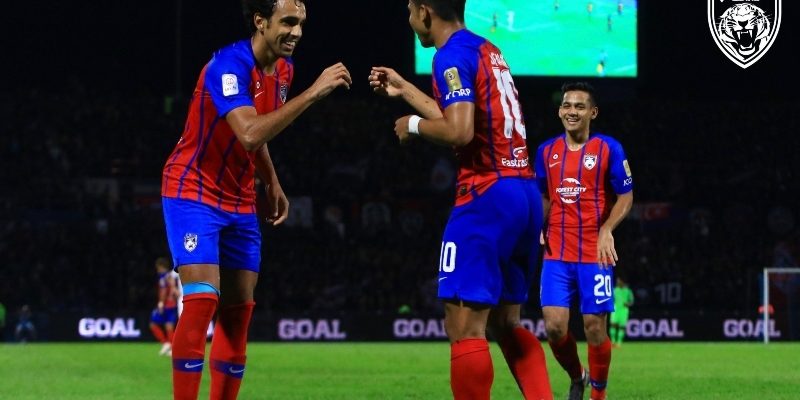 JOHOR BARU (18 May 2019) – Defending champions Johor Darul Takzim are unstoppable in their chase for their sixth successive Malaysian Super League title as the Southern Tigers stretched their lead to 11 points at the top with a 2-1 win over PKNS FC at the Shah Alam Stadium on Friday.
JDT topped the 12-team league with 36 points after 14 matches while second-placed Pahang is on 25 points and will face Perak at home on Sunday. Selangor, third on 21 points play PKNP (Perak SEDC) in Manjung on Saturday.
In another Super League encounter at the Petaling Jaya Stadium, former international Safee Sali struck an injury-time winner for Petaling Jaya City FC for a 1-0 win over Kuala Lumpur.
With the win, PJ City moved up to rungs to seventh place with 17 points from 14 matches. It was PJ City’s third win in a row after their 2-0 win over Pahang at home and a 5-3 win over Terengganu away after being 3-0 down at half-time.
International Safawi Rasid gave JDT a17th minute lead before Colombian midfielder made it all square for PKNS with an assist from K. Gurusamy on the 30-minute mark.
However, JDT, who also have a fighting chance of a place in the knockout stage in the AFC Champions League after a shock 1-0 win over defending champions Kashima Antlers of Japan in a Group E match, made sure of full points against PKNS.
This came on the hour mark when Diogo Luis Santo headed home the second goal and three points and keep JDT’s unbeaten record in the league after 14 matches.