JDT partner up with Borussia Dortmund 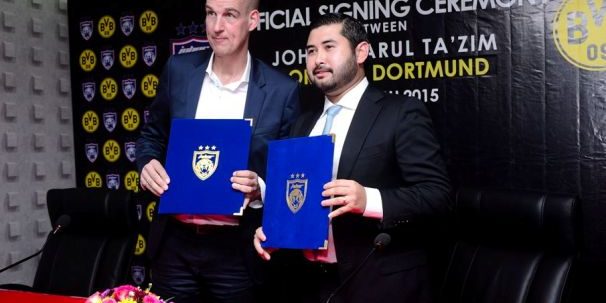 While Borussia might be struggling in the Bundesliga at the moment, their youth development programme is considered by many to be one of the finest in Europe.

And it is due to this drive towards youth excellence which has drawn JDT to sign a partnership with Dortmund for development of young footballers between the ages of 9 to 18-years-old.

The partnership will also see a match being planned between JDT and  Borussia Dortmund at the Larkin Stadium, other than the exchange of coaches and players in the long term.