Indonesia U23 zero in on two major tourneys 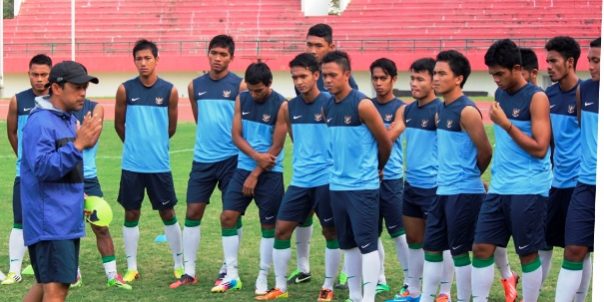 JAKARTA (2 Jan 2015) – The Indonesia U23 team has been hard at work over the last several months where they have zeroed in on two major tournaments in 2015.

Indonesia will host Group H of the AFC U23 qualifiers on 23-31 March where they will take on South Korea, Timor Leste and Brunei. Only the ten group winners and the best five runners up team will make the tournament proper in 2016.

The other major event for the Indonesia U23 team under head coach Aji Santoso would be the SEA Games which will be held in Singapore in June.

“At the moment, I’m quite comfortable with the composition of players, around 60% to 70% are already there,” added Aji.

“There’s just one or two positions which is still not in the best condition as we still do not have players who are under 22-years-old.”