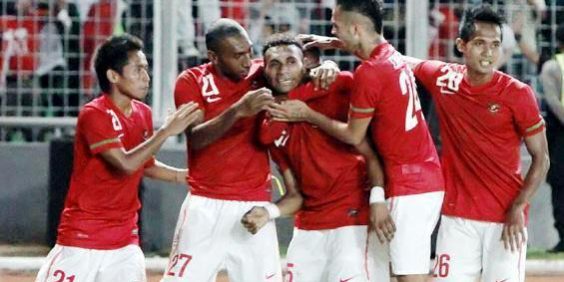 JAKARTA (27 July 2013) – The Indonesian national team has lined up a match against the Philippines next month in Solo as the Malaysian XI squad was humiliated 5-0 by Shonan Bellmare in a friendly today.

Indonesia, fresh from their string of high quality matches against the Dutch national team, Arsenal, Liverpool FC and then Chelsea, will be playing in the AFC Asian Cup 2015 qualifying round in October where they will be up against China.

Towards that, the FA of Indonesia (PSSI) announced this week that they have penned in a match against the Philippines at the Manahan Stadium in Solo on 14 August for chief coach Jacksen F. Tiago and his chargers.

“It is confirmed that we will play the Philippines in Solo. We are planning another game on (28 or 29 September), but we have yet to identify the opponent” said Joko Driyono, the general secretary of the PSSI.

In the meantime, the Malaysian XI under chief coach Datuk K. Rajagobal fell further in their tour of Japan – this time being humiliated 5-0 by Shonan Bellmare.

The team had a few days earlier conceded a 2-0 defeat at the hands of Shimizu S-Pulse, a team placed 11th in the J-League First Division.

Shonan is placed second from bottom in the same division. The team’s last friendly will be against Tokyo Verdy, who is playing in the Japanese Second Division.