Indonesia to host Group G of AFC U16 qualifiers 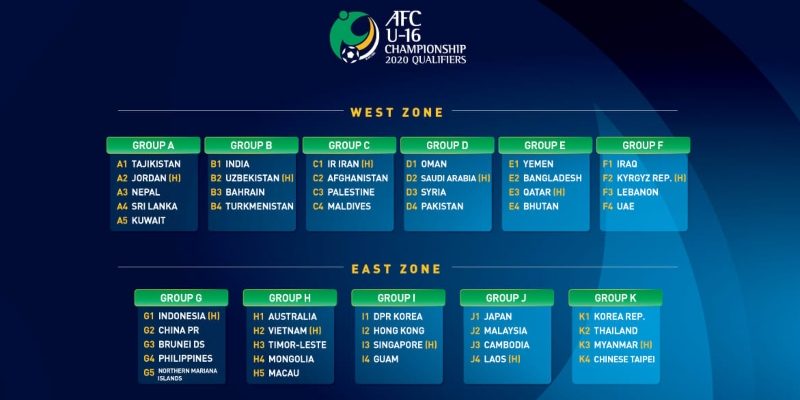 JAKARTA (10 May 2019) – Indonesia will be hosting Group G of the AFC U16 qualifiers where they will be up against China, Brunei Darussalam, the Philippines and Northern Mariana Islands.

After coming agonizingly close to the semifinals of the last AFC U16 Championship in 2018, Indonesia will be out to make sure that they do even better this time round.

Another quarter finalists in 2018 Vietnam have been placed in Group H, with Timor Leste, Mongolia, Macau and Australia completing the cast.

Singapore will host to two-time champions DPR Korea, Hong Kong and Guam in Group I while Group J will see defending champions Japan up against Malaysia and Cambodia to travel to host nation Laos.

Group K host Myanmar face opponents in the form of two-time champions Korea Republic, 1998 champions Thailand and Chinese Taipei, as they aim to return to the Finals for the first time since 2004.

Top spot in the respective groups will earn direct qualification, while the four best second-placed teams will also advance to the 2020 Finals.

Should the yet to be determined host for the Finals finish either top of their group or among the best four second-placed teams, the next (5th) second-placed team in the ranking among all groups will qualify instead.

Groups with five teams will kick-off the 2020 Qualifiers on September 14, followed by the groups of four teams on September 18, with all ending on the 22 2019.