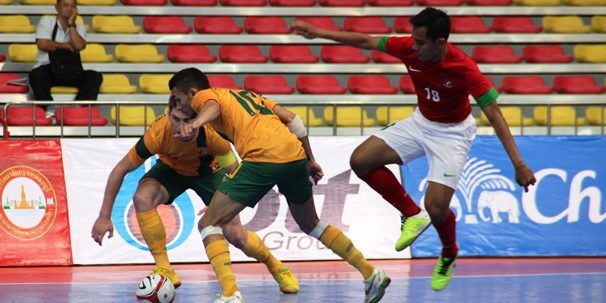 JAKARTA (15 Jan 2015) – Indonesian Futsal have targeted a top four finishing in Asia by the end of 2015, according to Indonesia Futsal Association (AFI) president Hary Tanoesoedibjo.

The Indonesian Futsal team is currently placed 10th in Asia and 45th in the world.

“I’m confident that we can be even more competitive against teams which are currently ranked higher than us,” said Hary. “We will continue with our development of players through proper training and also competition.”

“I’m quite confident that we can produce quality player through the system which has been set. And that is why we should be able to break into the top four in 2015 and also stand a chance to make to the FIFA World Cup.”

The AFI is directly placed under the auspices of the FA of Indonesia (PSSI).