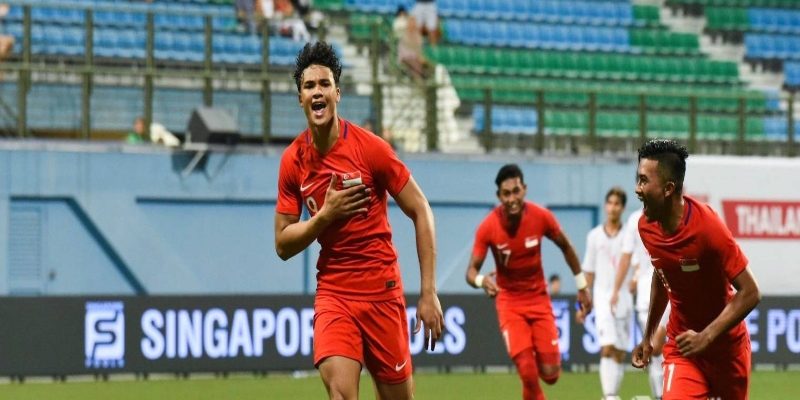 SINGAPORE (9 June 2019) – Substitute Ikhsan Fandi struck a first-half winner to give Singapore U22 the Merlion Cup 2019 title after beating Thailand 1-0 in the final that was played at the Jalan Besar Stadium.

Singapore, who had beaten the Philippines 3-0 in an earlier, were too composed against the fast running Thais as they maintained discipline at the back and took a firm grip of the action at the centre of the park.

And while Thailand played much to the same gameplan they had done in their 2-1 victory over Indonesia earlier, the Young Lions side was just too confident in front of their home fans.

Ikhsan, the son of head coach Fandi Ahmad, took just four minutes to get onto the scoresheet after coming in the 32nd minute when he capitalised on a Thai defensive lapse to bundle the ball through.

In the meantime, Indonesia finished third in the competition after beating the Philippines 5-0.

Obviously disappointed at not making the final of the championship, Indonesia were all business on the day as Muhammad Rafli raked in a hat trick off goals in the fifth, 60th and 68th minute.

The other goals for Indonesia were scored by Rizky Dwi Ferbyanto 47th minute penalty and then Asnawi Mangkualam 73rd minute effort.