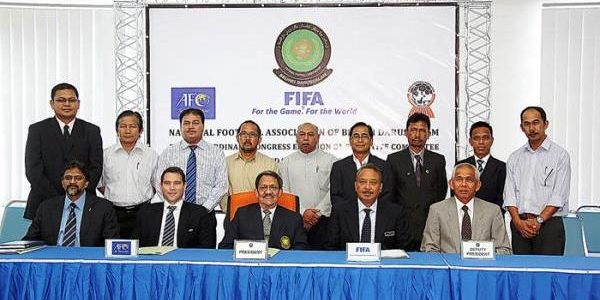 BANDAR SERI BEGAWAN (11 March 2013) – His Royal Highness Prince Sufri Bolkiah has been elected as the new president of the National FA of Brunei Darussalam (NFABD) following their 5th Extraordinary Congress on the weekend.

Prince Sufri replaced Dato Paduka Abdul Rahman Mohiddin at the helm and will complete the remainder of the 2011-2015 term.

“I feel very honoured and happy to be appointed the president of NFABD. I want to thank those (football club representatives) who nominated for me to lead football in the country,” said Prince Sufri.

“We are also looking at working together with the Ministry of Education and Ministry of Culture, Youth and Sports to help develop the sport further.

“We are looking at infrastructure for our mid-term goal. FIFA has provided a certain budget from the Goal Project and we are looking at getting new football fields according to FIFA standards. We are also looking at building indoor courts for futsal as well as promote beach football.”

“And for the long term plan, we hope to run a programme to create quality football players. We are also looking at ways on gathering revenue and income for the association.”