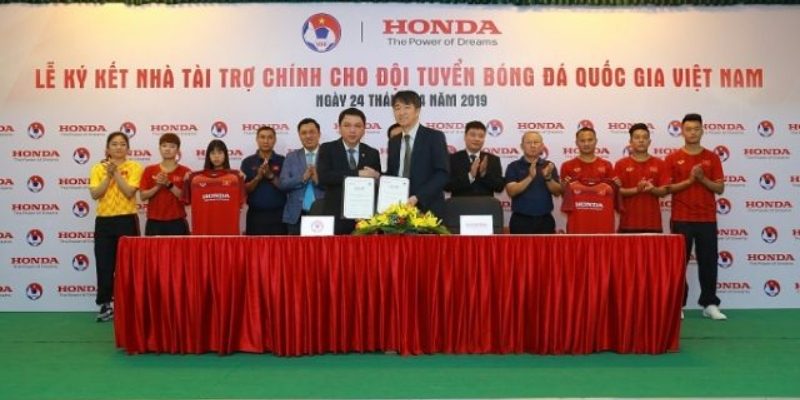 HANOI (25 April 2019) – Honda will continue to be the official sponsor of the Vietnam national football teams until 2021.

The Japanese motoring company will sponsor the men’s national and women’s teams and also the U23 men’s squad.

“As Honda Vietnam continues to be a main sponsor of Vietnam’s football, the VFF believes that more and more sponsors are ready to contribute to the success of national teams and develop their trademarks when travelling with Vietnamese football,” said VFF general secretary Le Hoai Anh.

Sony Electronics Vietnam have also signed a contract to sponsor the national football teams until 2021.