Hey no more with Myanmar 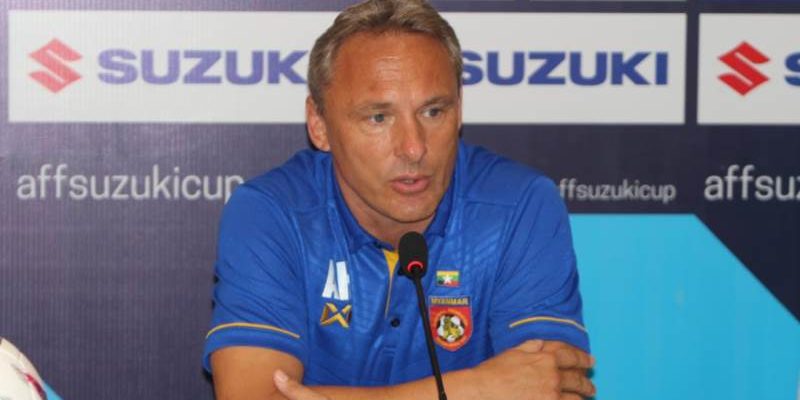 YANGON (18 Dec 2018) – Antoine Hey is the first casualty from the recently concluded AFF Suzuki Cup 2018 where his failure to lead Myanmar to the semi-finals saw him parting ways with the Myanmar Football Federation (MFF).

“Over the past seven months, he has helped the Myanmar national team to evolve as a team, and tried to get success in the group matches of AFF Suzuki Cup 2018 and the Asian Games 2018 football tournament,” it said.

“However, the national team failed to reach the semifinal target of AFF Suzuki Cup.”

Added Hey: “I would like to thank my team, our players, officials and members of the Myanmar Football Federation. It was an honour and privilege to work with you. My best wishes for the future for you all. May all your targets be achieved one day. A special thanks to our supporters — you have been fantastic!.”

Myanmar had ended their campaign in Group A of the AFF Suzuki Cup on third behind eventual champions Vietnam and second-placed Malaysia.