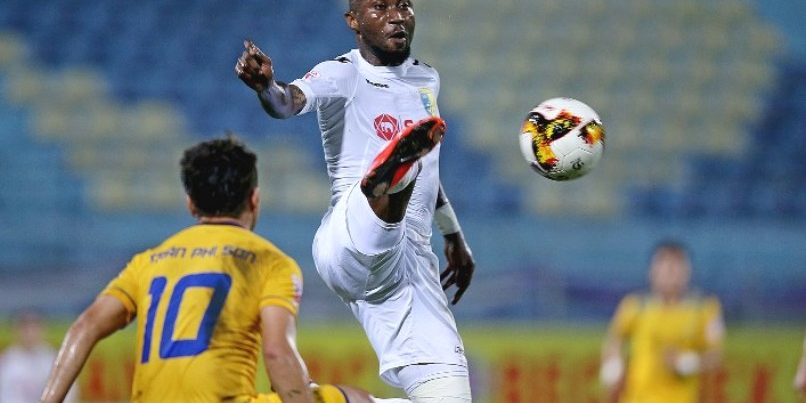 But SLNA in spite of playing on the road did not cringed at the prospect of taking on the defending champions at their own den.

And in the end, it was the only strike from naturalized player Hoang Vu Samson that separated the two sides.