HAMMAM TO STAND AGAINST BLATTER FOR FIFA PRESIDENT 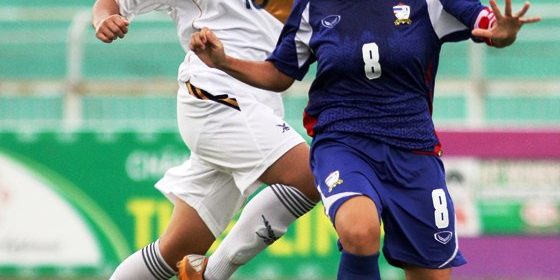 Hammam said that he decided to stand against the 75-year-old Blatter after ‘careful study’.

“Today after careful study, consideration, armed with my love for football I have decided to contest in the upcoming FIFA presidential elections scheduled in June 2011,” Hammam told reporters at the AFC headquarters in Kuala Lumpur.

“The time is right to contest for the FIFA presidency. I have the will to serve people and I always said competition and change is good for any organisations.”

Hammam has been the AFC president since 2002 and is now in his third and final term.

When asked about his chances against Blatter, who has been at the helm for the last 13 years, the Qatari said the time had come for a new face in FIFA.

“Blatter is an experienced person, he has made significant contribution to football worldwide but I believe there is a time limit for everything. There is now a time for a new face and a new heir.

“I hope Asia will be united behind me and also I hope there will be support from other confederations.”

He pledged to expand FIFA’s decision-making process and introduce reforms for a ‘more fair distribution of revenue and increased transparency’, if he won the presidency.

“I think unless one is in the top of the organisation we cannot make changes,” he said.

Hammam’s announcement came after he repeatedly dropped hints in the past two months that he would stand against Blatter, who said Thursday that he had the energy to carry out what would possibly be his final term as president.

“I just passed on 75 years (on March 10). But I think I am full of energy and I have not yet finished my work to develop football and organise competition,” Blatter said during a visit to Malaysia where he received the title of Datuk Seri from Pahang’s Sultan Haji Ahmad Shah.

“I am willing to go on for the next four years. This is my wish and we will see what the congress will say.”

Hoping to win a fourth term as FIFA president, Blatter completed a whirlwind tour of Asia including East Timor, Myanmar, Laos and Malaysia.