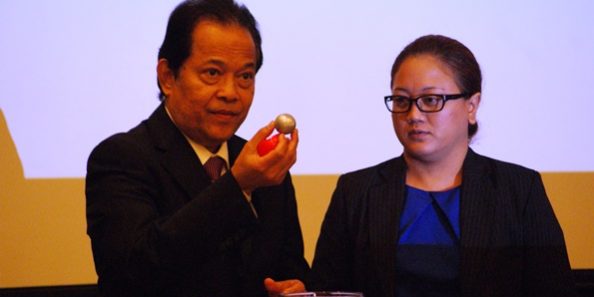 KUANTAN (3 April 2013) – The official draw for the AFF Futsal Championship 2013 was held this afternoon with defending champions Thailand being placed in Group A of the meet slated for Bangkok, Thailand on 17-28 October.

The top four teams will earn berths to the AFC Futsal Championship 2014.

Other than Thailand in Group A, the other teams are Vietnam, Malaysia, Philippines and Brunei Darussalam.

Group B are Australia, Indonesia, Myanmar, Timor Leste and Laos.

PIX (at left): Datuk Worawi Makudi, the President of the FA of Thailand