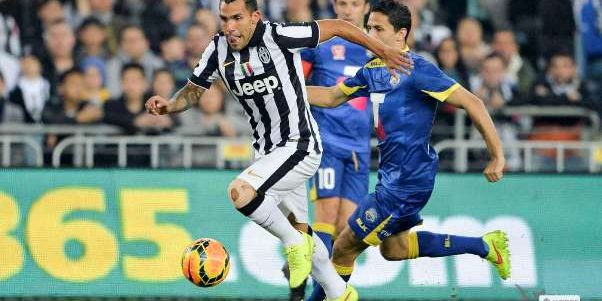 SYDNEY (11 August 2014) – Singapore-bound Juventus are living up to their box office billing, a thrilling 3-2 victory over the A-League All Stars in Sydney on Sunday underlining the wealth of talent in the squad.

The Italy Serie A champions have scored 11 goals in two matches on their Asia-Pacific Tour to fuel the excitement ahead of Saturday’s clash with a Singapore Select side at the new National Stadium – the first football match to be staged at the arena.

“It was a good game and a decent workout for the side particularly after the hard work we’ve got through in the last few days,” said Juventus coach Massimiliano Allegri.

This is how www.juventus.com reported the game.

The hosts, lined up in a well drilled 4-3-3 formation, started the brighter of the two sides, pushing into Juventus territory and testing the back three of Martin Caceres, Leonardo Bonucci and Angelo Obgonna.

This early pressure did indeed bear fruit as the A-League All Stars gained an early advantage when Marcelo Carrusca dispatched a low left-footed shot past Gigi Buffon on ten minutes.

Despite Juventus edging further into proceedings as the half wore on, the A-League All Stars continued to fashion the better opportunities on the counter, Besart Berisha seeing his effort parried by Buffon midway through the first half.

Buffon’s opposite number, Eugenio Galeokovic, was then given a lucky escape, however, as the Bianconeri went a whisker away from drawing level through a well-struck Carlos Tevez shot that bounced back off the upright.

Roused by a passionate crowd of over 55,000 in the stands, Juventus found a response shortly after the restart, Patrice Evra crossing for Fernando Llorente to nod home on 58 minutes.

With the flow of the game broken up by several substitutions, the A-League All Stars pounced to grab the lead as Tomi Juric – who had only been on the field for a matter of minutes – profited from a moment’s hesitation in the Bianconeri rearguard to slot past Buffon’s replacement Marco Storari.

Unfazed by the hosts’ lead, Juventus cranked up the pressure and forced the equaliser they deserved when Paul Pogba slammed in an unstoppable volley from the fringes of the penalty area.

Now with the bit firmly between their teeth, Allegri’s men could sense the opportunity for a winner and ensured there was to be one further late twist in the tale when substitute Simone Pepe latched on to a loose ball and rammed home with seconds to spare.