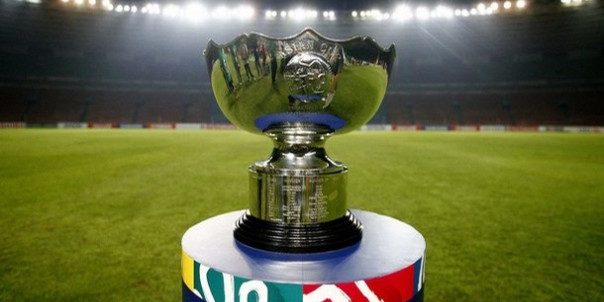 SYDNEY (2 June 2014) – Australia are about to embark on the most exciting seven months in their football history – the FIFA World Cup in Brazil followed by the first AFC Asian Cup on home soil, says Football Federation Australia CEO David Gallop.

“The planets have never aligned like this before,” said Gallop.

“The Socceroos play their fourth World Cup, and their third in succession, in the tournament’s most successful nation, five-times winner Brazil.

“And no sooner is that over than the spotlight focuses on the biggest football tournament ever held in Australia, the Asian Cup.

“While the excitement around the World Cup is palpable, at the same time individual tickets are about to go on sale for the Asian Cup, so fans should start planning for an unforgettable summer of football in their own backyard.”

Individual tickets, starting at just $5 for kids and $15 for adults, go on sale for the first time to the  general public on Monday for a tournament which will feature four World Cup finalists – Australia, South Korea, Iran and Japan.

“These attractive prices will make the Asian Cup the great family bargain of next summer’s school holidays,” said Mr Gallop.

To buy tickets go to www.afcasiancup.com/tickets

Socceroos striker Tim Cahill urged fans to come out to support not only the Socceroos but all of the games.

“The Asian Cup in held in Australia is something to be proud of. Having teams from all over the Middle East and Asia and also the potential chance of hopefully lifting some silverware. Tickets for adults will be $15 and $5 for kids, so we want to see the stadiums full and hopefully share something special with our fans,” Cahill said.

Socceroos group matches are on sale from $49 per adult.

Quarter-finals start at $29 per adult, semi-finals $49 per adult and the final itself from $79 per adult.

No ticket will cost more than $149 – and that’s for the best seats in the house when the Socceroos kick off Asia’s biggest football tournament against Kuwait in Melbourne on January 9, and for top seats at the final at Sydney’s Stadium Australia on January 31.

Fans purchasing tickets will have the opportunity to donate to One Goal, a program set up by the AFC and World Vision to improve child nutrition across Asia.

“More than 200 million children across Asia are prevented from leading a healthy, active life because of poor nutrition,” said Michael Brown, CEO of the 2015 Asian Cup Local Organising Committee.

“I encourage football fans across Australia to donate to One Goal when they purchase tickets so that every child can reach their full potential, whether that be in the football field or in any walk of life.”