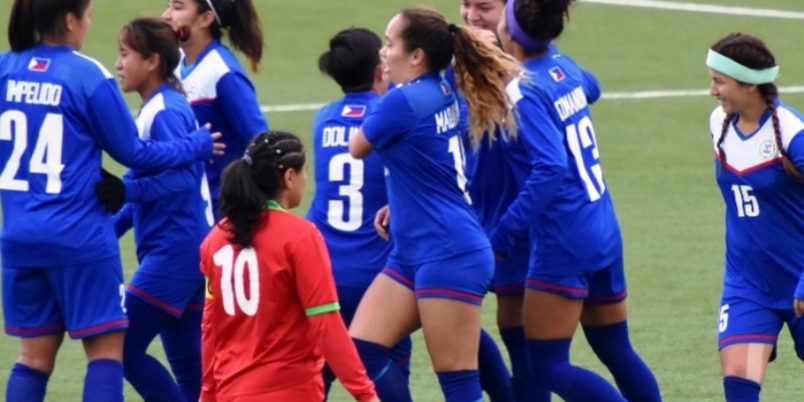 MANILA (15 April 2017) – ASEAN will have five teams representing the region at the next AFC Women’s Asian Cup which will be held in Jordan in 2018.

With Australia making the cut as the top three finishers at the last championship in China in 2014, four other teams from ASEAN have also confirmed their participation.

Philippines made the cut after finishing as runners up from Group A behind hosts Jordan.

They recorded their only loss with a 5-1 defeat at the hands of the hosts while they also drew 1-1 against Bahrain. However, full points over UAE, Iraq and Tajikistan guaranteed their place to the next round.

Powerhouse Thailand had little trouble to win Group C after blasting hosts Palestine 6-0 before beating Chinese Taipei 1-0 in the decider.

ASEAN neighbour Vietnam were also on the perfect trail in Group D with four wins from four matches played in Hanoi which also have Myanmar, Iran Singapore and Syria.

Myanmar – despite losing to Vietnam 2-0 in the decisive group tie – also made the cut to Jordan after finishing as runners-up.

The AFC Women’s Asian Cup Jordan 2018 will also offer the top five finishers a place at the FIFA Women’s World Cup to be held in France in 2019.