FITNESS IS AN ISSUE: RIEDL 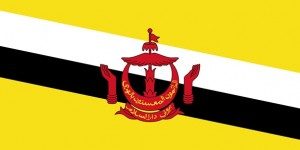 JAKARTA (12 Feb 2011) – Shortly after watching his young side beat the Hong Kong Under-23 team 4-1 in a friendly, Indonesia chief coach Alfred Riedl said that physical fitness is still an issue with his squad.

The Indonesia U23 side emerged the better side at the Pho Kong Village Park in Hong Kong with goals off Yongki Aribowo (25th minute) an own goal from the homesters in the 30th minute, Titus Bonai (67th) and Aris Alfiansyah (80th).

With the exception of the injured Ruben Wuarbanaran, who was left behind in Jakarta, Reidl made full use of the squad available to him and allowed every player the chance to see some action.

“There’s a definite upward shift in the quality of play. The coordination between players is also getting better. Only thing is there’s an issue with fitness and injuries,” said Riedl.

The performance was indeed an improvement from the one the youngsters showed in their 1-1 draw against Pelita Jaya U21 side the previous week.

“The atmosphere was fantastic. The players adapted well to the prevalent condition and the weather was good too,” added Iman Arif, the interim team manager.