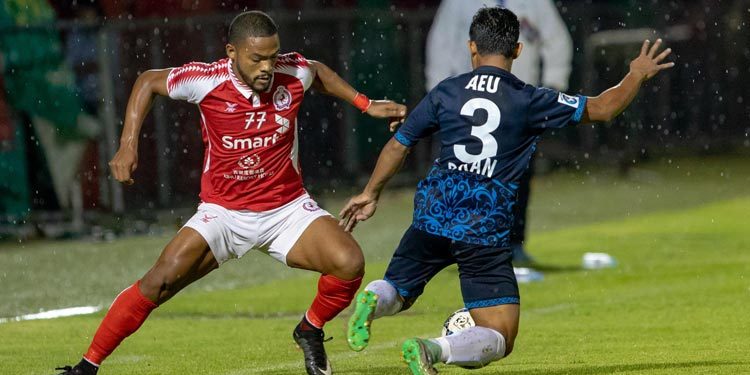 PHNOM PENH (30 April 2018) – Former champions Phnom Penh Crown  scored only their second win of the 2019 Metfone C-League season when they beat Asia Euro United 1-0 at home at the RSN Stadium.

It was Phnon Penh’s first win at home of the year.

It took a late strike from striker Paulo Victor to snatch the match winner against Asia Euro United as Phnom Penh picked up their second full points from five matches played so far.

But AEU held off their opponents for much of the tie up until the last six minutes with Pov Ponvuthy providing for Victor to rifle home.

The The victory sees Crown claim only their second win of the season with five games played. Crown currently sit on ninth position in the standings while AEU – with an identical record albeit with better goal difference – settle for seventh.

The win only allowed Phnom Penh to move up ninth at the table.