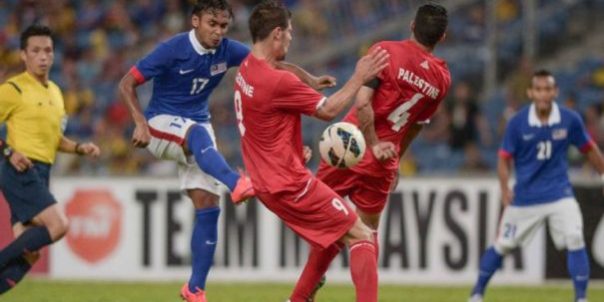 PETALING JAYA (22 Oct 2015) – Malaysia will play the 2018 World Cup/Asia Cup 2019 qualifier against Palestine at the Dura Stadium in Hebron on Nov 12, after FIFA rejected the FA of Malaysia’s (FAM) request to play the match on a neutral ground.

The FAM in a statement on Thursday said the Group A match against Palestine would be played as per the original schedule at the Dura Stadium in Hebron, Palestine despite Malaysia raising concern over security at the West Bank.

“The FIFA World Cup qualification bureau decided that the match will be held at the Dura Stadium in Hebron as previously scheduled since Palestinian authorities have provided security guarantees and FIFA will also appoint a security expert to liaise with the Palestinian Football Association,” said FAM.

“According to FIFA, the Palestine authorities have taken necessary steps to ensure the safety of the Malaysian delegation throughout the stay in Palestine.”

The bureau which met on Tuesday in Zurich, Switzerland on Tuesday was chaired by Juan Angel Napout.

Malaysia will play its two remaining Group A matches against the United Arab Emirates at the Shah Alam Stadium on Nov 17 and Saudi Arabia at the Prince Mohamed bin Fahd Stadium in Dammam, Saudi Arabia on Mar 24, 2016. – BERNAMA