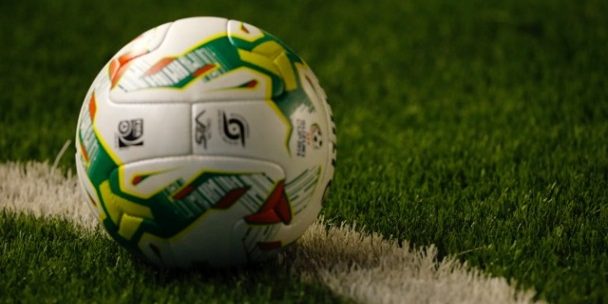 The sessions were led by Daniel Krebs from FIFA and Ole Myhrvold, FIFA’s Football Turf Consultant. FAS and FIFA facilitated the event, which was well-received by the participants who were provided with both theoretical and practical sessions. Practical sessions were conducted at Jalan Besar Stadium, itself a three-time beneficiary of FIFA’s Goal Programme. A new artificial turf was re-laid earlier this year at Jalan Besar, a move which, in turn, enabled the previous turf to be installed at the Serangoon Stadium.

“The workshop was a success because of the combination of theory and practice.  The participants were open-minded and engaging and the group interaction provided a comfortable space for sharing of case studies,” said Mr Myhrvold.

Mr Krebs said that Singapore was the ideal location to hold this seminar because of the good working relationship FIFA has with the FAS, as well as the country’s convenient location which allowed for easy access across East Asia.

“The workshop itself was well-organised, and the various questions and comments from participants on the second day showed that the content was well-received as well,” he said.

“We hope that the participants will use this opportunity and share the learning they have acquired in their own country with other relevant people such as groundsmen.”

During the two days, the participants, composed mainly of infrastructure managers, but also competitions managers or even general secretaries from 20 member associations, received the latest knowledge on football turf maintenance from FIFA’s experts. From technical theory on maintenance, to very practical examples on the pitch of Singapore’s Jalan Besar national stadium, the seminar was about raising awareness on the importance of good maintenance of football turf pitches to maintain their quality.

“If you wait, even a few days, to react to some maintenance issues when they occur, you run the risk of losing the quality of your pitch entirely,” said Ole Myhrvold, FIFA expert from the Norwegian football association. “There can be emergencies for football turf in case of bad maintenance. And you also need to maintain the maintenance equipment. All this will allow your pitch to remain viable for a longer period, and make your investment more valuable.”

From FIFA’s standpoint, such a seminar takes special importance when considering how much the world’s governing body has invested in football turf: “FIFA has funded and installed over 300 football turf pitches around the world,” said Daniel Krebs, facilities manager at FIFA. “Therefore, it is very important for us that these investments are durable and this cannot happen without proper maintenance by the member associations.”

“For some, when we build the football turf pitch, it is over, there is no need to do anything anymore,” said Alberto Balesteros Honasan, regional technical director in the Philippines. “But it is far from true – you need to maintain the football turf pitches daily. It is a commitment to keep the quality of the pitch, and over the long haul, it is definitely worth it as it costs much less than a natural grass pitch.”