FAS Yet to Announce Raddy’s Replacement 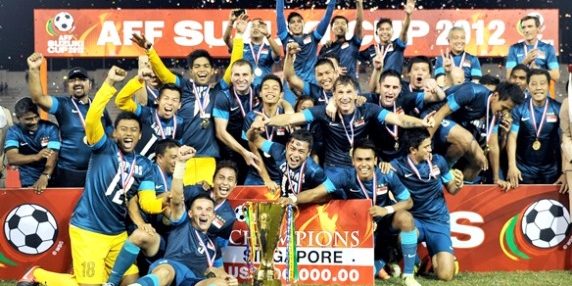 SINGAPORE (13 Jan 2013) – Recently-crowned AFF Suzuki Cup champions Singapore have yet to announce the replacement for Radojko Avramovic even though there are now less than a month to go to their first game of the AFC Asian Cup 2015 qualifiers.

With Avramovic determined that he will not renew his contract with the Lions despite leading them to their fourth ASEAN crown last month, the onus is now on the FA of Singapore (FAS) to find a capable replacement in these short few weeks.

V. Sundramoorthy, the chief coach of LIONSXII, had turned down the possibility of taking over this week when he said to local daily Berita Harian: “I don’t think that I’m up to the task. I already have my hands full with LIONSXII.”

Several names have been bandied about from Spain to England but it is believed that while the FAS sift through the candidates, assistant coach Mike Wong will take over as the interim coach at least for the first few matches of the AFC Asian Cup qualifiers.

Singapore will open their campaign in the AFC Asian Cup qualifying round against Jordan on 6 February in Amman. The other teams in Group A are Syria and Oman.