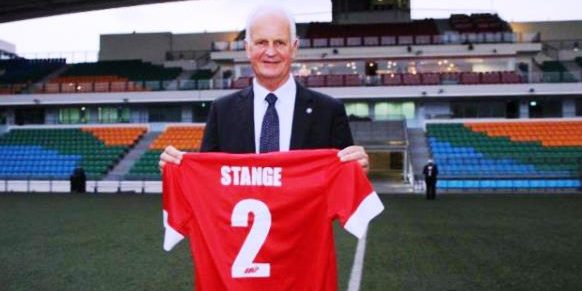 SINGAPORE (19 May 2013) – The FA of Singapore (FAS) have announced Bernd Stange as the new chief coach of four-times ASEAN champions Singapore.

Stange’s illustrious coaching career includes leading Belarus during the UEFA EURO 2012 qualifying campaign where they defeated France in an away qualifier.

The 65-year-old achieved several remarkable results during his term as national coach of Belarus, including victories over the Netherlands as well as draws against traditional powerhouses Germany and Argentina. He also coached the national teams of East Germany and Iraq, led Belarus to a FIFA ranking of 36th in 2011, up from 90th spot in 2008.

“The post of national team head coach is always a challenging one for any coach – more so in a country like Singapore where football is the number one sport and whose national team are now champions of the region,” said Stange.

“I am deeply honoured to have been appointed from a pool of more than 100 qualified candidates. It was a rigorous process which enabled both FAS and I to have a clear understanding of each other’s objectives and goals, and I am both impressed and motivated by the professionalism, vision and footballing goals of the Association.

“While I recognize that the task ahead will not be easy, I am confident and I believe my experience at the international level and contacts in the game will be an asset to Singapore football.”

Added FAS president Zainudin Nordin: “Bernd is one of the most respected coaches in Europe today and he brings with him a wealth of international experience, ability and track record of building and managing successful teams despite the constraints. Bernd, who is known to command respect from high-profile players, also has a vast network of contacts which further convinced us that he is the best choice to build on our success and bring Singapore football to the next level.”