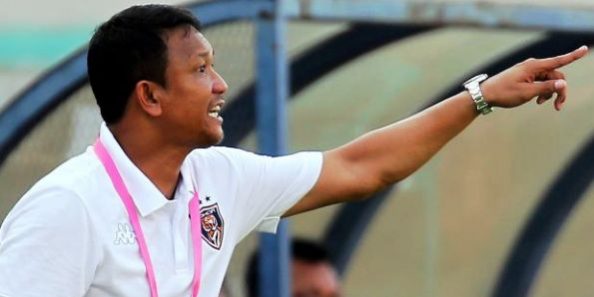 SINGAPORE (8 Dec 2013) – The FA of Singapore (FAS) have announced prodigal son Fandi Ahmad as the new LionsXII coach on a three-year contract, with an option to extend for another two years.

“I am delighted and honoured to have been selected from a pool of more than 70 applicants and I would like to thank the FAS for the opportunity to build on the success achieved by coach V. Sundramoorthy,” said Fandi, who had clinched two league titles during his tenure as coach of Warriors FC.

“I know from experience that it will not be easy for the league champions to defend the title. The composition of the team – including both players and backroom staff, coupled with the support from my colleagues and stakeholders, has given me confidence that we can secure a top three placing in the league. We will also try our best to reach the final of a Cup competition next season.

“My last match in the Malaysia Cup as a player was against Pahang in the 1994 final, and 20 years later, my first match as LionsXII coach will be against the same team on January 17 (Charity Shield).”