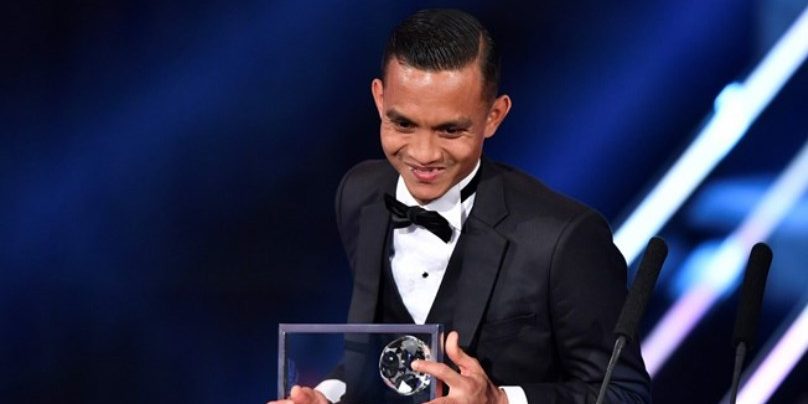 PETALING JAYA (10 Jan 2017) – The first Malaysian to be nominated for the FIFA Puskás Award has claimed the prize, with Mohd Faiz Subri’s remarkable swerving free kick emerging as the best goal of the year after millions of votes on FIFA.com from fans across the world.

Nobody in the Bandaraya Pulau Pinang Stadium could have imagined the trajectory of the ball as Subri stepped up to take the set-piece some distance away from goal, far over to the left-hand side of the pitch. The diminutive No13, a prolific scorer in the Malaysian Super League, hammered his effort goalwards, producing a swerve so wicked that goalkeeper Mohd Nasril Nourdin stood no chance.