All Euro 2016 matches to be shown free on CBS 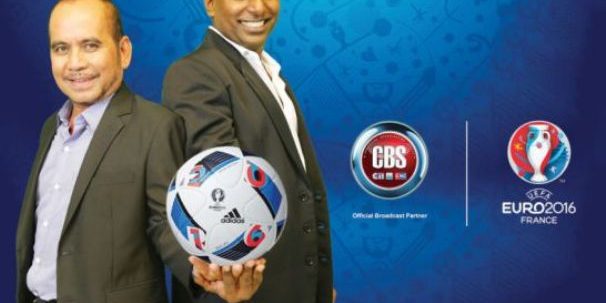 PHNOM PENH (8 May 2016) – Cambodia’s football fans will be able to catch all the action of upcoming European Championships after the Cambodian Broadcasting Service secured the rights to show every game at the summer’s sporting spectacular.

Every match will be shown live free-to-air across the broadcaster’s three channels – CTN, MyTV and CNC. The scheduling is yet be announced.

To celebrate the news, CBS, with its sponsor Smart, is holding an SMS competition to send one lucky fan, together with his favourite Cambodian football star, to watch the opening match, France v Romania, at the Stade de France in Paris on June 10.

For the details of the contest, tune into CBS’s channels or visit CTN, MyTV and CNC Facebook pages.