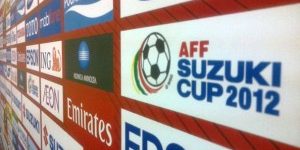 His decision to leave the two-time (2003 and 2004) winners was a result of the back to back defeats HAGL suffered in their last two matches of the V-League.

HAGL were overwhelmed 3-0 by Ninh Binh before losing 1-0 to Song Lam Nghe An which resulted in them being placed 11th in the V-League 2011 – winning only four matches, three draws and six defeats.

Following Dusit’s (in white shirt) departure, HAGL have promoted Huynh Van Anh to the post from their young U21 side.

In the meantime, after the first round of the V-League 2011, Song Lam Nghe An have proven to be the surprise package when they lead the standings with 29 points from 13 games played.