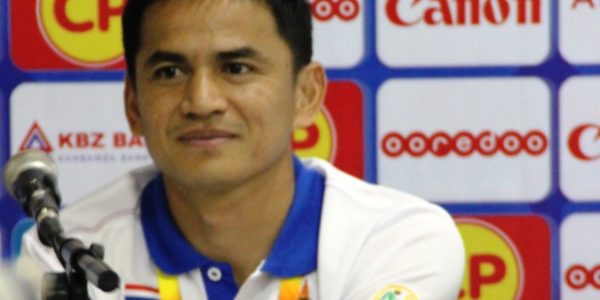 BANGKOK (27 Dec 2013) – The FA of Thailand (FAT) have decided to give a dual role to Kiatisuk Senamuang – he will be in charge of both the full Thai senior and also the Under-23 teams.

The former Thai national striker recently led the U23 team to the SEA Games crown in Myanmar where they beat Indonesia in the final.

“Everybody agreed to his appointment,” said Datuk Worawi Makudi, the president of the FAT.

While Thailand are already out of contention for a place in the Asian Cup in 2015, the national side will be out to regain the AFF Suzuki Cup, the crown they last won in 2002.

For the U23 team, the target will be a top four finish at the Asian Games in South Korea next year.