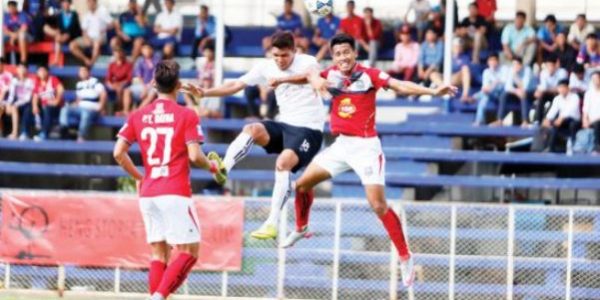 PHNOM PENH (3 July 2015) – As defending champions Phnom Penh Crown were held to a scoreless draw by Boeung Ket Angkor, former winners NagaWorld were in full flight with a close 1-0 win over Svay Rieng.

Crown who completed the signing of the Keo brothers – Sokngon and Sokpheng – the previous week, just could not get the better of a determined Boeung Ket Angkor side at the RSN Stadium.

In the meantime, NagaWorld edged Svay Rieng 1-0 at the Old Stadium with the winner coming right at the death through Sovannadara.