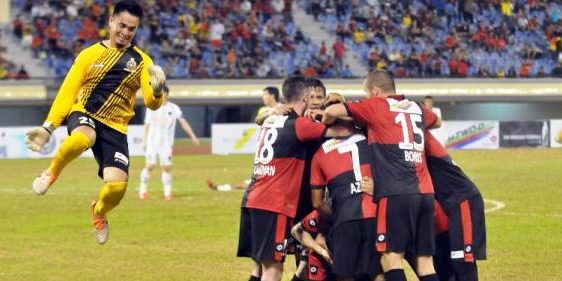 SINGAPORE (4 March 2014) – DPMM FC have taken the lead in the Great Eastern-Yeo’s S-League 2014 after making it a 100% record from their first two matches of the new season.

After scoring a 1-0 win over Albirex Niigata FC in the season opener, Brunei’s only professional club then scored a comfortable 2-0 victory over Warriors FC. The goals came off Rodrigo Antonio Tosi in the 49th minute and then Rosmin Kamis right at the end.

“The players are still getting to know each other and there is no better way to do that than playing more minutes,” said Kean.

In the meantime, Home United blasted Geylang International FC 4-1 as Courts Young Lions fell to their second loss of the season with 3-2 defeat at the hands of Tampines Rovers FC.