DPMM Back on Top in S-League 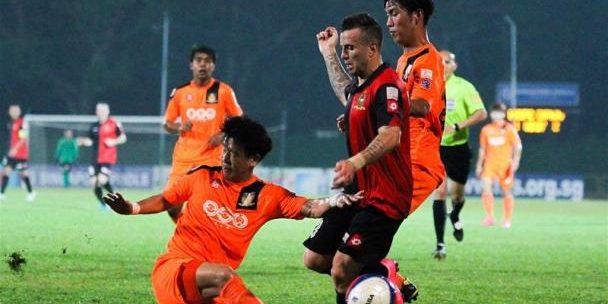 SINGAPORE (21 Oct 2015) – Brunei DPMM regained their three-point lead at the top of the S.League standings this week after scraping to a 2-1 win over Hougang United at the Hougang Stadium.

Sustained pressure from the DPMM forwardlne saw Kenneth Chang  heading in an own goal off a set piece after 31 minutes before Vuk Sotirovic powered in a shot just six minutes into the second half to leave keeper Wardun Yussof stranded.

But Rafael Ramazotti would have the last say in the game when he converted a penalty in the 71st minute to settle the contest and for DPMM to pick up the full points.