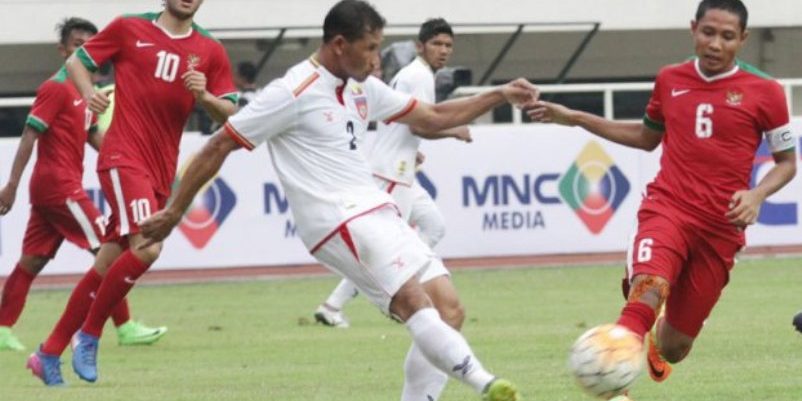 BOGOR (22 March 2017) – It was a disappointing start for newly-appointed Indonesian head Luis Milla when his Under-22 side fell to a 3-1 loss to their counterparts from Myanmar last night.

In the match that was played at the Pakansari Stadium in Bogor, it was the home team who went ahead in the 22nd minute when Ahmad Nur Hardianto headed home the cross from Saddil Ramdani.

But it did not take Myanmar to get back into the game when Maung Lwin Maung stabbed home the 37th minute equalizer from close range.

With a handful of senior players on their side including eight from the AFF Suzuki Cup 2016 squad, it was Myanmar who went ahead in the 74th minute through veteran striker Ko Ko Kyaw’s penalty.

Si Thu Aung then finished things off deep in injury time for the final score line.