Defeat for Australia and Thai women in final warm-ups 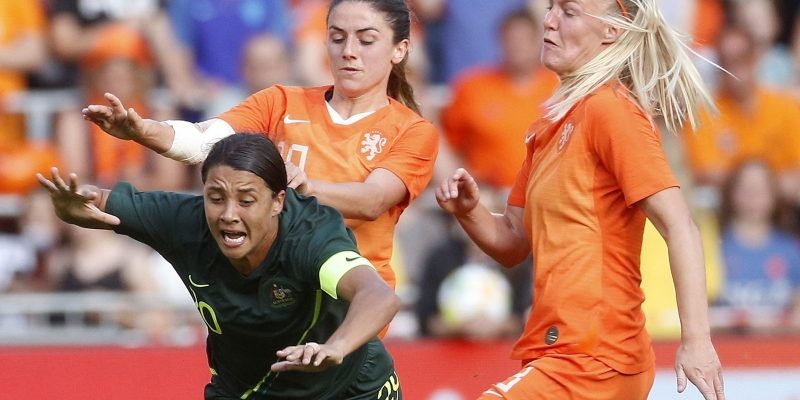 SYDNEY (2 June 2019) – Australia and Thailand fell to defeats in their final warm-up matches for the 2019 FIFA Women’s World Cup yesterday.

Australia fell 3-0 to the Netherlands in Eindhoven while Thailand suffered a 6-1 defeat against Belgium in Leuven.

Ante Milicic’s side had the better of the first half but Olympique Lyonnais striker Shanice van de Sanden’s header deep into stoppage time put the Dutch in front against the run of play in Eindhoven.

Vivianne Miedema got the Netherlands off to a flyer in the second half by adding an excellent finish on 49 minutes as Van de Sanden scored the third in the 70th minute.

Australia will take on Italy in their opening Group C tie of the FIFA World Cup on 9 June 2019.

In the meantime, Thailand could not fend off a rampant Belgium side as they succumbed to a 6-1 loss in Leuven.

Belgium’s Ella van Kerkhoven helped herself to a hat-trick, as Nuengrutai Srathongvian’s side slumped to a fifth successive defeat in their final ‘A’ international before the global Finals begin later this week.

In warm conditions, it took less than two minutes for van Kerkohoven to give the hosts the lead, and the heat was turned up further for Thailand as Tessa Wullaert added a second goal in the 18th minute.

Belgium – who failed to quality for the FIFA Women’s World Cup France.- continued their dominance after half time, with van Kerkhoven heading in their third in the 50th minute before completing her hat-trick two minutes later.

The goals kept flowing for the Red Flames, first through Janice Cayman in the 74th minute, then via Yana Daniels 13 minutes later, before Thailand’s Kanjana Sung-Ngoen netted a consolation goal for the visitors in the second minute of stoppage time.

Thailand have one unofficial match still to play – against Belgian outfit FC Kontich on Wednesday – before their France 2019 group stage campaign begins against World Cup holders and current top-ranked side United States on 11 June.