Contrasting Fortunes for Lions and Tigers in S-League 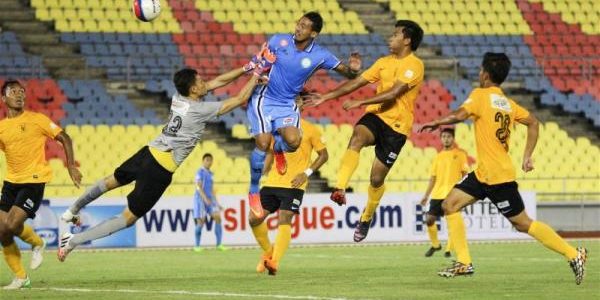 SINGAPORE (21 April 2015) – While Harimau Muda picked up their third win on a trot last night, Courts Young Lions are still winless after six matches in the Great Eastern Yeo’s S.League.

The team under former Singapore captain Aide Iskandar went down 2-1 to Warriors FC on Monday evening, despite having taken the lead through Adam Swandi in the 23rd minute.

But two goals from Miroslav Pejic in the 71st and 76th minute proved to be the Young Lions’ undoing as they succumbed to their fifth defeat of the season.

“For me, we played well. I’m also happy to see Adam getting his first goal, and it will definitely give him a lot of confidence moving forward,” said Aide.

“It wasn’t an easy game, having to play against the defending champions with a lot of experience. We want to work to make sure we keep improving and as you can see we were not outplayed.”

In the meantime, Harimau Muda picked up their third win in three matches when they edged Geylang International 2-1 at the Hang Jebat Stadium.

Geylang then pulled a goal back just before the break through Jozef Kaplan’s superb freekick.