Cong Vinh and Quyet on target against Syria 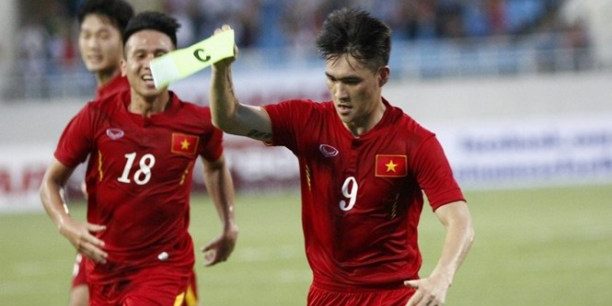 HANOI (1 June 2016) – A goal each from Le Cong Ving and Van Quyet saw Vietnam scoring an inspirational 2-0 win over Syria in the match that was played at the My Dinh National Stadium.

After absorbing the early pressure, Vietnam fought back with the lead after 34 minutes when Cong Vinh headed home a cross from Thanh Luong.

Syrian keeper Ibrahim Almeh was beaten for the second time just before the break when Quyet latched on to a pass from Xuan Truong to score Vietnam’s second goal.

The win is the perfect send-off for Vietnam, who will be taking part in the AYA Bank Cup in Yangon on 3-6 June.