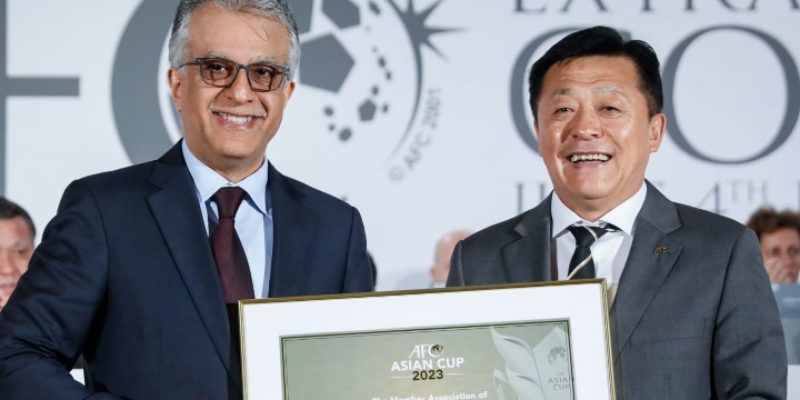 DILI (5 June 2019) – The Asian Football Confederation (AFC) Member Associations confirmed on Tuesday China PR as the hosts for the AFC Asian Cup 2023 at the AFC Extraordinary Congress in Paris, France.

The unanimous decision marks the second time Asia’s crown jewel will be played in the People’s Republic of China which also hosted the 13th edition in 2004 when the tournament was expanded to 16 teams for the first time.

Since then, Asia’s flagship national team competition has grown to 24 teams with the United Arab Emirates staging the biggest-ever edition earlier this year, which broke all digital media engagement and TV viewership records.

In his address to the AFC Member Associations, Shaikh Salman bin Ebrahim Al Khalifa, the AFC President said: “Let me be the first to congratulate the People’s Republic of China and the Chinese Football Association on being awarded the AFC Asian Cup 2023.

“This is an important moment for football in Asia and beyond. Football now has a chance to unlock the potential that exists in the world’s most populous country.

“We have seen the rise of the game under the direction and investment of the Chinese Government. Now we have the chance, with this Asian Cup, to develop a true legacy for the global game.

“It will provide inspiration for tens of millions of children. The Asian Cup can provide a launch pad for the great Chinese football teams of the future.”

“And more importantly can place football as the number one sport in the country.

“Congratulations again to the Chinese FA and the AFC looks forward to working with them in the months and years ahead.”

As part of the country’s long-term ambitions, China PR have proposed building new football specific stadiums in nine of the planned 12 host cities. The bid also comprised the inclusion of one back-up existing stadium in each host city – all of which meet the latest international competition requirements set by the AFC.

The AFC also hopes that the staging of the AFC Asian Cup 2023 in China PR will mark the growth of commercial rights in a new era where DDMC Fortis are the AFC’s exclusive commercial representatives.

China PR showcased their organisational excellence in a wide range of areas, including infrastructure, operational and legacy concepts. – www.the-afc.com