Chance for Cambodia to make cut for AFC U19 meet 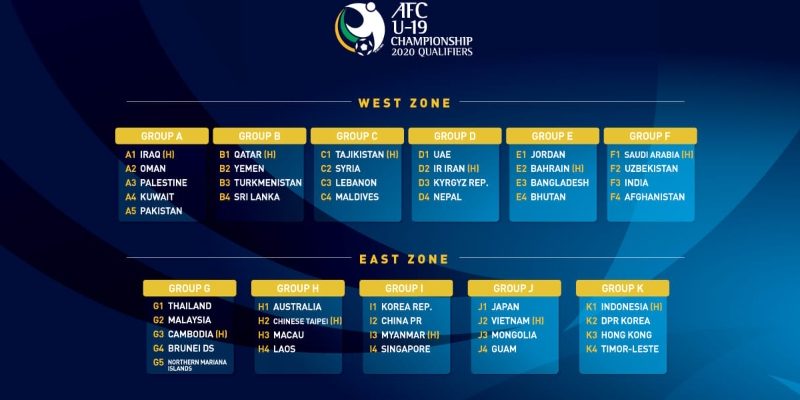 PHNOM PENH (10 May 2019) – Cambodia will have the chance to make the cut for the final rounds of the AFC U19 Championship in 2020 when they play hosts to the qualifiers later in the year.

Following the official draw Cambodia, who missed the 2018 edition on goal difference, will be up against Thailand, Malaysia, Brunei Darusslam and also Northern Mariana Islands in Group G.

Australia are in Group H against qualifying hosts Chinese Taipei Laos and Macau while  and Australia in Group H, while Group I will have seven-time champions Myanmar playing against Singapore, China PR and 12-time champions Korea Republic.

Vietnam will be making their sixth appearance in the Finals and have Guam, Mongolia and 2016 champions Japan in Group J.

Three-time champions DPR Korea have never missed qualifying for the Finals since 2006 and will face Indonesia, Timor Leste and Hong Kong in Group K.

Top spot in the respective groups will earn direct qualification, while the four best second-placed teams will also advance to the 2020 Finals.

Should the yet to be determined host for the Finals finish either top of their group or among the best four second-placed teams, the next (5th) second-placed team in the ranking among all groups will qualify instead.