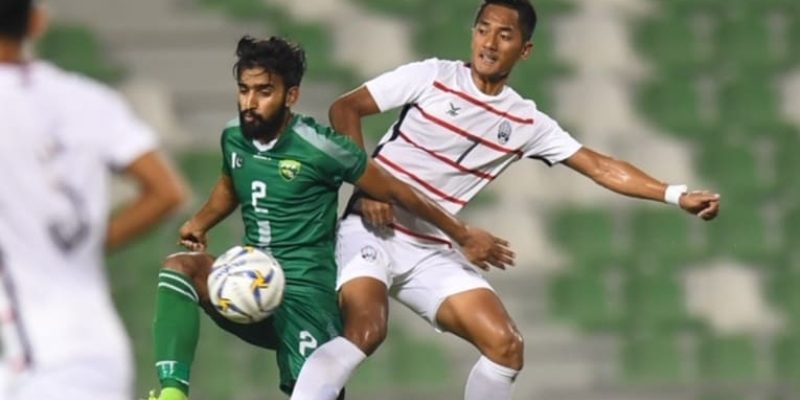 PHNOM PENH (12 June 2019) – Cambodia and Malaysia made the progress into the next round of the FIFA World Cup Qatar 2022 /AFC Asian Cup 2023 Preliminary Joint Qualification as Laos and Brunei faltered.

Cambodia, who had beaten Pakistan 2-0 in the first leg, last week kept up much of the same pace even though they had to comeback from a goal down before winning 2-1 for an aggregate 4-1 victory.

“Our goal is to take one step at a time. I am more interested in the growing process. We want to keep going and we want to keep growing,” said Cambodian head coach Felix Dalmas.

Pakistan had gone ahead in the 18th minute through Hassan Bashir’s penalty but Cambodia struck back off Sath Rosib in the 64th minute and then substitute Reung Bunheing right at the end.

In the meantime, Malaysia followed up their 7-1 win over Timor Leste with a 5-1 beating of the same opponents in Kuala Lumpur as they advanced on 12-2 aggregate.

Four changes to the line-up did little to affect the frontline as Shahrel Fikri grabbed a hat trick (12th, 19th and 64th minute) to be followed by goals from Mamadou Sumareh (37th) and Akhyar Rashid (55th).

Timor pulled a goal back in the 72nd minute off Rufino Gama.

“There is not much time left to work on these elements but we will do the best we can before the next round starts in September,” said Malaysian head coach Tan Cheng Hoe.

On the other hand, Brunei Darussalam were left disappointed even though they managed to beat Mongolia 2-1 in the return tie in Bandar Seri Begawan.

The 2-0 loss from the first leg came into play as Brunei conceded a 3-2 aggregate defeat.

Striker Razimie Ramli gave Brunei the lead after just four minutes before adding the second just before the break to put both teams on level terms.

However, the concession of a penalty just two minutes into the second half spelled disaster as Mongolian captain Norjmoo Tsedenbal struck from the spot to put the score 2-1 on the night.

And as it turned out, the score remained all the way to the end as Mongolia denied Brunei progression into the next round.

In the meantime, Laos could not overturn the 1-0 deficit as the could only managed a scoreless draw in Dhaka for Bangladesh to advance 1-0 on aggregate.