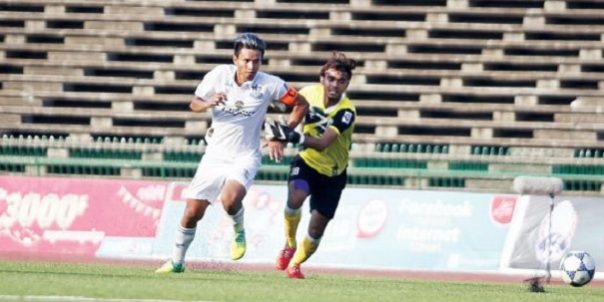 PHNOM PENH (10 May 2016) – Boeung Ket Angkor came back from a goal down to blast a hapless National Police 7-1 in the Metfone C League match at the National Olympic Stadium this week.

National Police got just the start they wanted with the lead after nine minutes off a Tit Dina penalty before Boeung Ket got a penalty of their own that was converted by Khuon Laboravy.

Laboravy was to found the net three other times as Dzarma Bata and then a brace off Chan Vathanaka completed the rout.

The win allowed Boeung Ket to take over the top of the table – on the same 18 points with the Ministry of National Defence, who beat Asia Europe United 2-1 at the Old Stadium.