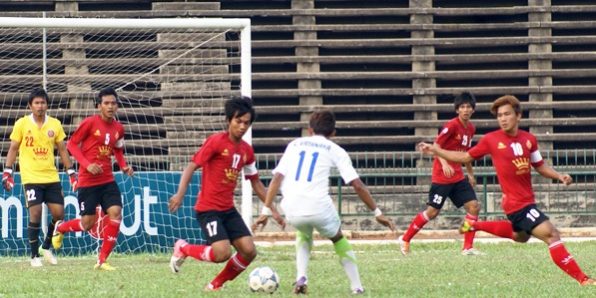 Momoh Sumaila had given Boueng Ket the lead after just 16 minutes before Chan Vattanaka then grabbed a double with goals in the 38th and 75th minute. Phnom Penh’s only goal off Thierry Bin in the 45th minute failed to ignite the team’s revival as they slumped to their second defeat of the season.

As Boueng Ket picked up another full points from their seventh game of the season for 21 points, Phnom Penh slipped to fourth at the table with just 11 points.

In the meantime, Preah Khan Reach FC scored a 2-0 win over National Defense Ministry FC to maintain their second spot at the standings.

Cambodian international Khoun Laboravy was on target for both goals in the 30th and 53rd minute.