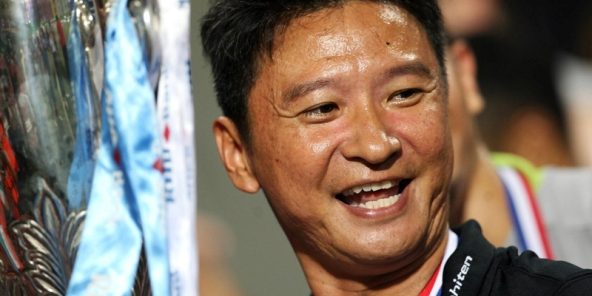 SINGAPORE (1 August 2014) – Former Warriors FC supremo Richard Bok, has been tasked to lead the Singapore Under-21 team for the Hassanal Bolkiah Trophy (HBT) 2014 slated for 9-23 August.

Bok, who had won four S-League titles alongside three Singapore Cup, has signed a year’s contract Singapore’s U21 team.

“This is the team that was only formed this year to play in the Prime League and I took over only in May,” said Bok.

“We got Singapore Cubs (national Under-21) and several LionsXII players. This will be the team that will be going to Brunei.”

And the side from Singapore certainly showed their worth last week when they beat their counterparts from the Philippines 2-0 in a friendly at the Yishun Stadium.

“It was a good showing especially in the first half. We were well organised,” said Bok. “We played with a high tempo and we were quick on the counter.

For the HBT 2014, Singapore are in Group B against Indonesia, Brunei, Cambodia, Malaysia and Vietnam.

Group A are Laos, Myanmar, Philippines, Timor Leste and Thailand.