Bok keeps the chin up 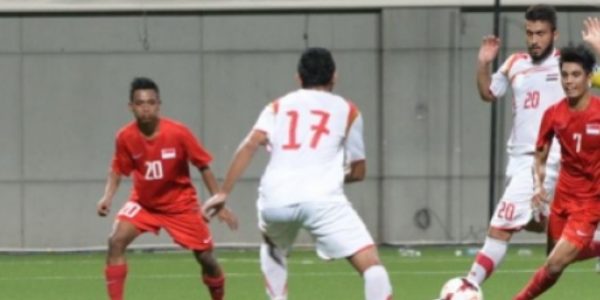 SINGAPORE (20 Feb 2015) – Despite being handed a humiliating 6-1 thrashing at the hands of the Syrian Under-23 team, Singapore U22 head coach Richard Bok still remained sanguine as what he termed as “a fighting display” from his chargers.

The Singapore side was down as early as the fourth minute before scoring three further goals at the halfway point. The Syrians then added two more goals after the break before the hosts scored the consolation right at the end.

“It was a tough game against a technically and physically good side,” said Bok. “The fighting spirit, one of the characteristics of the team, has been there since I took over.”

“It was a good lesson for us. I am quite satisfied with the performance but of course not the result. We have to work on it.”

“Technically and physically Syria is very good. They are hard to compete with and they can pass and move well. That is something I have been trying to inculcate in my team.”

Singapore will play in the qualifying round of the AFC U23 Championships next month.