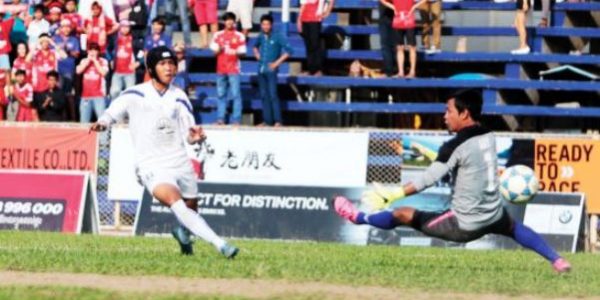 PHNOM PENH (23 Oct 2015) – Boeung Ket Angkor made a late surge to top the group stage of the Metfone C-League 2015 when they thumped five-time champions Phnom Penh Crown 4-2 at the Old Stadium in mid-week.

The win ensured Boueng Ket – who were pipped to the overall crown last season by Phnom Penh – the top spot with 57 points as the latter settled for second with 51 points.

Cambodian Tiger FC finished third with a 2-1 victory over National Police at the Olympic Stadium.

In the double leg semi-final playoff, Boeung Ket will take on fourth placed Naga while second placed Crown will be up against Cambodian Tiger.

The knockout phase begins next Wednesday.