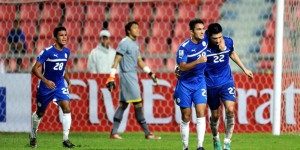 DILI (6 July 2011) – FIFA president Sepp Blatter warned on Monday that football players and officials found guilty in the on-going probe into a match-fixing scandal in Asia would face life bans.

“When those people are condemned and found guilty, we will ban them for life, whether they are players or administrators,” Blatter told a news conference, before heading to South Africa for the meeting of the International Olympic Committee (IOC).

“They will not be allowed back into football.”

Zimbabwe is under investigation by FIFA over an alleged match-fixing scam in Asia involving the national team.

Rushwaya was subsequently fired for her actions in October last year.

She is also said to have cleared former top league champions Monomotapa to travel to Malaysia, where they masqueraded as the national team.

“We are here dealing with criminal law and with the FIFA statutes,” said Blatter.